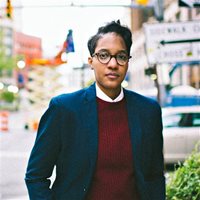 Natasha T. Miller is a performance poet, author, activist, film producer and three-time Women of the World Poetry Slam top five finalist. In July of 2012 Natasha was one of 12 performing artists selected to become a Detroit Kresge artist fellow and 25k grant recipient. She has been part of many national slam teams, starred in a national Sprite commercial, and in 2011 started her own publishing company.

Miller has published two books including "Coming out of Nowhere," a social networking memoir about homosexuality and cyber bullying, that is being studied in different universities. Currently, Miller tours nationally and internationally. Her recent film production “Treasure” was accepted into the LA film fest. Miller believes her purpose is to be an agent for change and forgiveness, and to spread the message of acceptance through her art.